← The Wanderers of Oz
The trouble with England. →

Making a long-awaited (by nobody) return, here are the key events from the world of football that took place in April, recreated through means of Microsoft Paint. 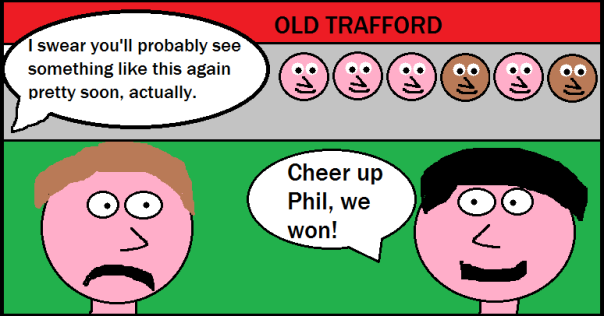 QPR head to the Championship

Posted on April 1, 2013, in General. Bookmark the permalink. Leave a comment.

← The Wanderers of Oz
The trouble with England. →